The Suncoast connector study area, like much of Florida, is home to vast expanses of fire-dependent habitats and fire-maintained agricultural lands. According to our conservation partner, the Florida Native Plant Society, 2 million acres of the 3.7 million-acre of Study Area are dependent on regular fire intervals.

Nestled right in the middle of the M-CORES Suncoast study area, you’ll find Mallory Swamp Restoration Area. This Florida conservation gem is jointly managed by the Florida Fish and Wildlife Conservation Commission (FWC) and the Suwannee River Water Management District (SRWMD). The swamp plays a key role in water supply and flood control for the adjacent communities and is home to many threatened species like the wood stork, swallow-tailed kite, gopher tortoise, and eastern indigo snake.

In 2001, a severe wildfire devastated Mallory Swamp Restoration Area, and it took well over a decade for the land to recover. The wildfire was exacerbated by alterations to the area’s hydrology as well as a lack of regular fire. Both of these key factors that contributed to the destructive fire of 2001 could again be a reality if the M-CORES toll road project comes to fruition.

Managing Florida landscapes and the natural functions they provide requires fire. Prescribed burns are planned meticulously, and smoke management is a critical component of every prescribed burn plan. Burn Managers must take into consideration the presence of smoke-sensitive features – such as roads, schools, hospitals, and airports – in their plans and take into account environmental variables like wind and humidity to limit smoke encroaching on these sensitive areas. A large toll road in the Suncoast study area would be a substantial smoke-sensitive feature and would restrict the wind direction options for prescribed fire, putting additional constraints on the use of fire in this region.

The Suncoast Connector study area is home to wide expanses of fire-dependent ecosystems, like the wetlands of Mallory Swamp. There is a strong connection between prescribed fire and watershed health as prescribed fire is used in the restoration and preservation of wetland habitats across the state. Florida’s wetlands act as a filter, cleaning pollutants from our water before it reaches the Floridan aquifer, where 90% of Floridians get their water. New toll roads will increase air and water pollution and destroy precious wetlands, springs, and aquifer recharge areas. New toll roads in the Suncoast connector threaten the ability of land managers to use prescribed fire effectively. These effects will stretch far beyond our conservation lands and will have direct impacts on our water quality. It’s all connected – we must demand a “no-build” and stop these roads to ruin. 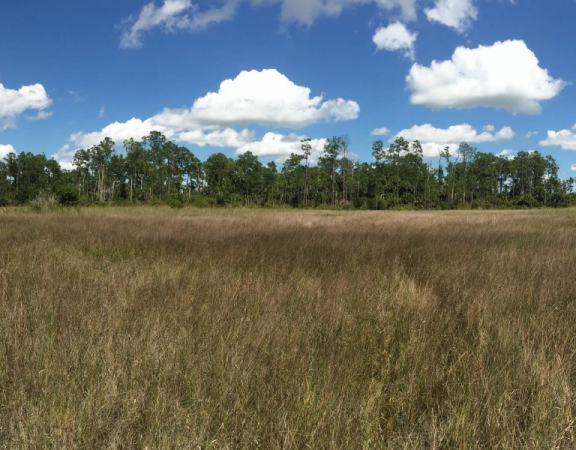