FCV celebrated the 49th Earth Day with elected officials and community members from Pinellas County with a press conference and cleanup at Bartlett Park in the beautiful St. Petersburg, Florida. U.S. Congressman Charlie Crist; St. Petersburg Mayor Rick Kriseman; Pinellas County Commissioners Ken Welch and Janet Long; and St. Petersburg Council member Gina Driscoll all joined together to speak in recognition of the significant investments made in their communities and their continued commitment to water and land conservation.

Congressman Charlie Crist has been a leader on environmental issues at the state and federal level, including supporting re-authorization and permanent funding for the Land and Water Conservation Fund in February 2019. The Fund has infused more than $14 million into 46 parks, including Bartlett Park, and wildlife refuges in Pinellas County.

“Earth Day is a yearly reminder that our lands and the natural resources we depend on are precious. As stewards of the Earth, it is our duty to conserve and protect them,” said Congressman Crist. “The Florida Conservation Voters and Tampa Bay Watch are working to do just that, and our job as elected officials is to honor their passion with action. Programs like LWCF and Florida Forever are critical to maintaining our water and public lands for future generations.”

The City of St. Petersburg manages 137 parks on 2,300 acres of public land, including more than 7 miles of the downtown waterfront. The city is also accelerating efforts to tackle climate change and promote a sustainable future.

“I am incredibly pleased to join the Florida Conservation Voters, as well as advocates for the environment on this Earth Day,” said Mayor Kriseman. “I have been fighting for our environment and natural places since I began my career in public service. Growth and progressive values like combating climate change and caring for our environment can coexist.”

FCV’s  Public Lands Advocate, Lindsay Cross who is based in St. Pete,  noted that “conserving water and land is one of the most important things we can do to
protect our quality of life. As our region continues to attract residents and businesses, it’s critical that we invest in new conservation through programs like Florida Forever and the Land and Water Conservation Fund.”

Following the press conference, Tampa Bay Watch hosted a cleanup at the park for 30 students and community members. Together, we were able to team up with the community and clean up the park, leaving it better than when we came. 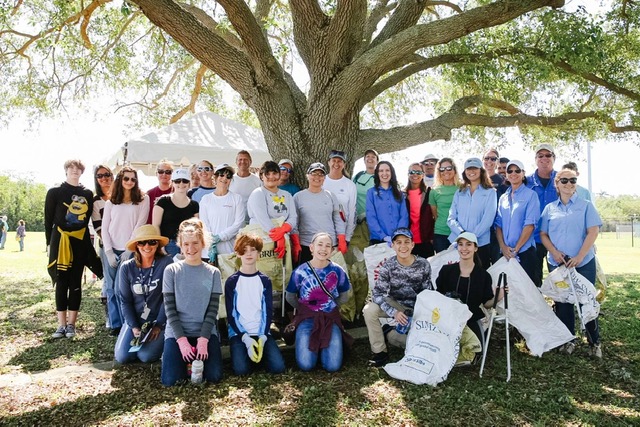 The event was featured in local news outlets, including the following stories:

To learn more about the #LoveFlorida and Public Lands campaign, visit http://www.fcvedfund.org/loveflorida/

“What is Democracy?” Movie Night in Miami

Join Democracy for All for a screening of “What is Democracy?” a film that travels…

The environment is on your ballot. And no, we’re not just talking about FCV-endorsed candidates…

The Suncoast connector study area, like much of Florida, is home to vast expanses of…